Blessing and her brother Ezikiel have grown up in the most fashionable part of Lagos. Their family had their own generator, sent the children to a posh private school, spoke only English, and were easily able to afford special foods for Ezikiel who is allergic to groundnuts (a staple in the Nigerian diet). All that changes, though, when Blessing's father is caught with another woman. When Father leaves, Blessing's mother Timi is unable to afford life in the city. She is forced to return to her family in Warri, the remote village where she grew up.

Warri is like a foreign country to Blessing and Ezikiel. The family, led by Alhaji (Blessing's grandfather), has converted from Christianity to Islam. The family's compound has no electricity or plumbing; gunboats float down the river. Alhaji is a trained petroleum engineer without a job. The family, 33 people in all,1 must survive primarily on what the earnings of Grandma (a midwife) and Timi (who gets a job at a bar for employees of the western petroleum company). There's never enough money for medicine or school fees (let alone special oil in which to fry Ezikiel's meat), but Alhaji and his cronies at the Executive Club never go without brandy. Eventually Blessing is able to adapt and then thrive, but the environment proves toxic for Ezikiel.

Tiny Sunbirds, Far Away is told from Blessing's perspective. It is her coming-of-age story, but it is also the story of rural Nigeria and its growing pains. Watson addresses difficult political and social issues, but not heavy-handedly, incorporating them seamlessly into the story. Her handling of female circumcision is particularly well done and highlights the fact that for better or worse it isn't a black-and-white issue, at least not there.

The novel is on the long side (approximately 442 pages) and it is not an easy read (quite a few horrific things happen), but its story is compelling and Watson's prose lyrical. She peoples Tiny Sunbirds, Far Away with authentic characters (as much as a few of the characters and their actions bothered me, I can for the most part see people acting the way they did in similar circumstances; Alhaji and Celestine are both a bit over the top, but they are genuine at least in their self-centeredness). Blessing and Grandma, though, are the stars of the novel and the most flexible members of the family and the glue that holds it together.

I have decidedly mixed feelings about the novel's ending. It surprised me. I don't know, though, whether I'd prefer one thing to happen over the other. On the one level, I do, but I also see why Watson ended Tiny Sunbirds, Far Away the way that she did.

There is so much that could be said about Tiny Sunbirds, Far Away. It has enough meat to fuel a stellar book club discussion.

disclosure: I received a review copy of Tiny Sunbirds, Far Away from Other Press via NetGalley. The e-galleys are like library e-books, though, they expire, so it's not like I actually get to keep it.

Almost all my book-title links direct to Powell's Books. If you buy anything at Powells.com after clicking through to the store via my link, I might earn a 7.5% commission on what you buy.
See this post for more information.

karen!
"She thrived immediately in the bleak, gray confines of the Hyde Park campus" (The Man on Whom Nothing was Lost, 275). 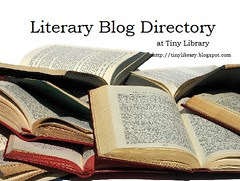